In the music FNF D-sides Oswald (Wednesday Infidelity Part 2) mod, you will enter into a rap battle with a rabbit, who may have gone crazy and went out to duel with a gun in his hands. BF is no stranger to such opponents, as he has seen a lot and is ready for any challenge with anyone.

FNF D-sides Oswald (Wednesday Infidelity Part 2) mod will be like an old retro game where all the characters will be black and white. A similar style was used in FNF vs Mickey Mouse mod, where the opponent also looked like an inadequate singer, threatening to harm the Boyfriend. Our main character is not afraid of such dangers and he will rap as if he did not notice anything bad. You will need to skillfully catch arrows so that the young rapper does not lose. 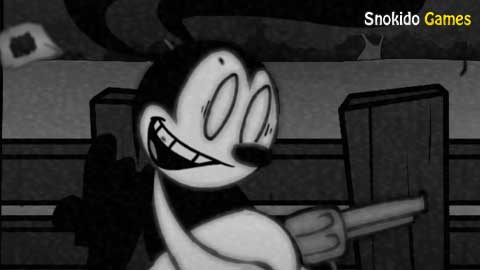