In the new FNF Fall Guys.EXE mod, you will fight against evil skeletons who are hiding in costumes disguised as cute creatures. They take off these costumes and start doing unprecedented nasty things. Boyfriend decided to punish these monsters, so he challenged them to a musical duel.

In FNF Fall Guys.EXE mod you will hear a lot of cool music, under which an incredibly difficult competition between skeletons and our young hero will take place. BF will showcase his musical talent and prove that he is the coolest rapper on this planet. He has no equal among good and evil opponents, as this guy is a born singer. He has been participating in musical duels for several years and many players respect him for his amazing performances. You need to help this character so that he always stays on top and is the best among the best. Good luck. 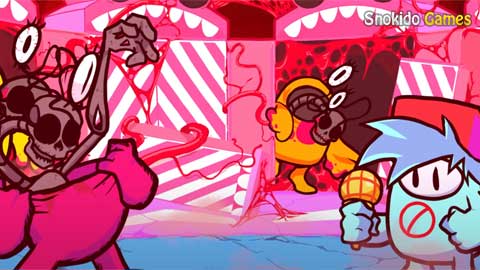