In FNF Mime and Dash mod, Boyfriend met two circus workers who love to participate in rap battles. They always participate as a couple, since they are sisters, and therefore they are not separated for a second. When these girls are together, it becomes easier for them to do common things and their talent manifests itself much brighter.

FNF Mime and Dash mod consists of one round, in which BF will become a rival of these two pretty girls. He wants to show off his rapping skills and that’s why he agreed to take part in this game. The girls went outside to relax after a working circus day, but then they met the famous BF, whom they had heard about for a long time. Their old dream will finally come true when the girls sing along with our main character. 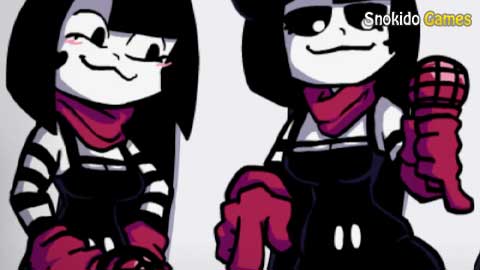