Your hero will fight in FNF OG Sonic.EXE (Real) (Joke Mod) with a hedgehog that has turned into an evil monster and wants to destroy his opponent. His presence causes fear and horror in many players, but our main character is not afraid of him. Even when this monster is angry, the Boyfriend reacts calmly to his threats, because this guy is confident in himself.

FNF OG Sonic.EXE (Real) (Joke Mod) will be cool and unforgettable, as two of the most popular characters take part here. Tails.EXE came to this rap battle, but for some reason he is all badly crippled. Apparently something not very good happened to him, but he will still be present in this game, as he is a big fan of these two guys. You will control the Boyfriend, or rather catch flying arrows so that your main character can sing. 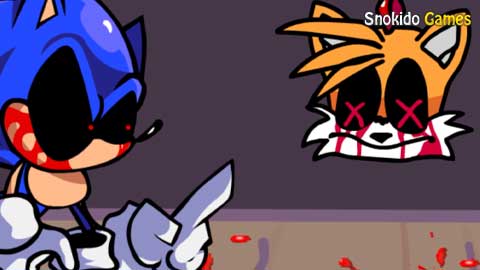