FNF Pump wants to Chug Jug with You

Boyfriend does not cease to assert himself, participating in battles with a variety of opponents. The boy is sure that there will not be a performer who will throw him off the winner’s podium. Today, he will try to turn the opponent into a pumpkin that has appeared in the FNF universe with the clear intention of winning.

The initial stage of FNF Pump wants to Chug Jug with You game will be the choice of the game mode in which it will take place. This may be Free Play, in which you will be given the right to independently determine the order in which musical duels will take place with various antagonists that will be presented in this modification of the game. If the Story mode is selected, then you will not have the right to choose an opponent for the Guy. In this case, you will be able to move from one rhythmic duel to another in a certain order, provided that the victory goes to the Boyfriend. This will only happen if he can survive to the end of the song, which will play for the time indicated on the indicator at the top of the screen. Help him with this by pressing the arrows on the keyboard that appear on the right and correspond to the picture at the very top. 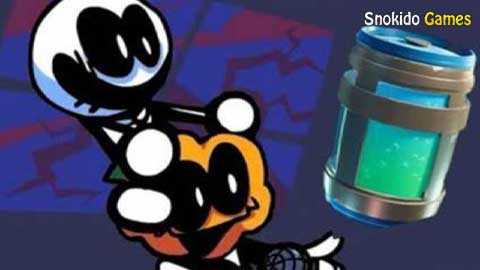