In this FNF mod, you will find a furious battle between Hank and Boyfriend to cool music hits. It will be an unforgettable competition in which two brave rappers will take part. BF is a very popular singer who has a lot of fans. Hank is a vicious monster with a passion for music and singing, and he always wears sunglasses. Under them, he hides his scary eyes, which are very sensitive to sunlight.

FNF vs Antipathy Hank mod will be challenging and intense as the opponent is strong this time. You will have to fight with all your might to bring victory to your main character. This fight can be attributed to the most dangerous and nerve-wracking, as Hank will deliver a serious musical attack. In order not to lose, you need to catch all the arrows that you see on the right side of the screen. If you hesitate and do not press the keys in time, the enemy will destroy your main character. 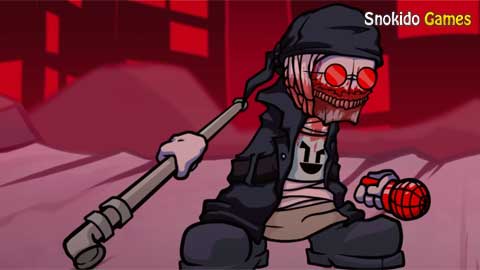