FNF vs Impostor Among Us V3

In this FNF vs Impostor Among Us V3 mod, you are challenged to a musical duel by an alien from a distant planet to fight for the title of the best singer. This is not his first visit to earth, because he has already participated in similar events before, but without success.

FNF vs Impostor Among Us V3 mod this time will be more interesting than the previous version, as you will be able to hear new musical compositions and notice the better portrayal of characters. The quality will surprise you, because professionals in their field worked on this FNF mod. The opponent will have a formidable appearance, as he is set only to win. After the last defeat, he actively trains at home. Now he is confident in his abilities and wants to defeat the Boyfriend, so that it does not cost him. If Impostor loses again, he’ll have to go home in disgrace, and he certainly doesn’t want that ending. 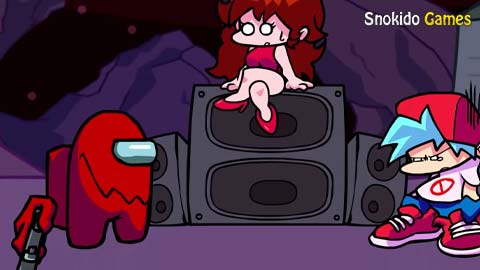