In Funkin.avi 1.5 mod, your opponent will be Mickey Mouse, who was possessed by the devil and became an evil and scary monster. His goal is to defeat Boyfriend in a musical rap battle and get the noblest place. Our hero will not let this villain do that and therefore will fight him until victory.

FNF vs Mickey Mouse (Funkin.avi 1.5) mod was based on a famous character who turned into a terrible monster with bad goals. He used to be a harmless little mouse who loved his girlfriend and they lived happily together. After a serious quarrel, he left home and met the devil on the way, who moved into this character. After that, Mickey Mouse became a threat to many, but our young hero will definitely defeat him. You need to put in some effort to help the BF destroy this enemy. If this is not done, then his strength will increase and the threat to all those around him will become even greater. 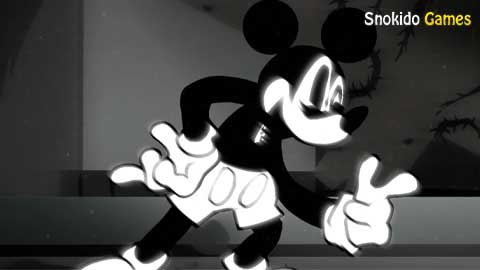