In FNF VS MX: Doomsday mod, there will be two difficult opponents that Boyfriend will have to fight in rap battles. Our hero constantly has to accept challenges to fights from very dangerous opponents, because he is popular and many envy him.

FNF VS MX: Doomsday mod will have cool characters and music tracks to which you will have a great time. The game is divided into several stages, in which the Boyfriend takes turns challenging his opponents to a musical battle. The first to come out is Mario’s monster, which will be much larger than our main character. The next to enter the ring is Lord X, who will look at the BF with his red eyes throughout the game and hope for his own victory. You need not to relax and help your main character defeat these dangerous monsters. Good luck! 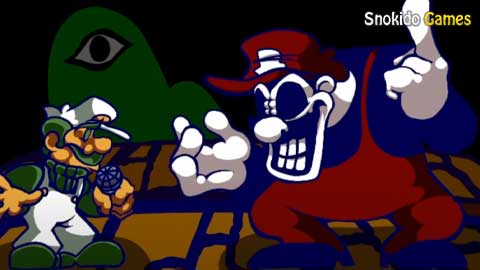