FNF vs The Last Round (Sonic.Exe)

In FNF vs The Last Round (Sonic.Exe) mod you will face the most dangerous monster we have ever known. He reincarnated from an ordinary blue hedgehog into a creature with an unusually powerful power that is used for evil purposes. He loves to rap, which is why he appears so often in the new Friday Night Funkin mods.

FNF vs The Last Round (Sonic.Exe) mod will keep you in good shape throughout the competition, as the opponent will be very strong. He challenged Boyfriend to a fight in his favorite place, where his magical rites usually take place. There are many unpleasant elements that a simple player may not like, but in order to win, he will have to put up with all the inconveniences. You need to control your main character and not pay attention to the excess. If you lose, then the enemy can take BF soul to hell with him, so you need to concentrate as much as possible and not let the enemy win. 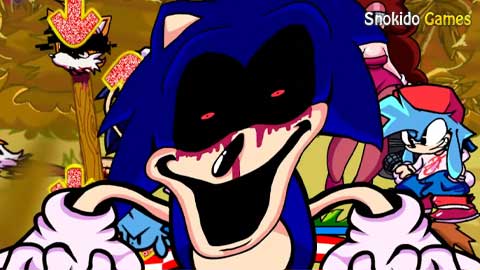