In this Friday Night Funkin vs Garcello mod, your opponent will be a little weird because he constantly blows smoke on those around him with his cigarette. Boyfriend is not very happy with such a company, but he has no choice, since he is constantly under the supervision of his girlfriend’s parents.

Friday Night Funkin vs Garcello mod will be a little annoying with the presence of an uncultured character who offered to arrange a competition in the gateway of the city. This is not the best place for such events, especially in the evening. Some dangerous character can jump out from behind the corner and hurt the rest of the participants in this musical battle. Boyfriend, despite such difficulties and dangers, nevertheless accepted the challenge, because he really wants to go on a date with his beloved. By the way, she also came to support the guy at this competition and at the same time stand next to him. Help BF win so that his dreams come true as soon as possible. 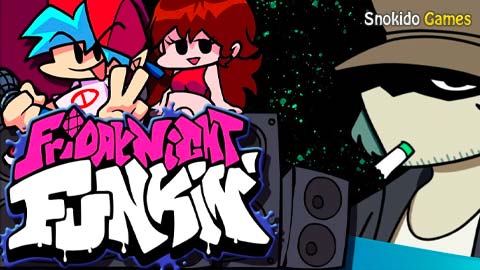