In Friday Night Funkin vs Tricky V2.0 mod, you will become a member of a difficult musical duel in which the strongest rivals of this season will sing. The clown has gathered a company of very dangerous characters, ready to fight to the last, just to win.

Friday Night Funkin vs Tricky V2.0 mod became a hit because it has cool music and characters that many players have been waiting for. You will control the main character Boyfriend, who will do his best to fight these powerful rivals. All his exploits are only for the sake of staying with his girlfriend after the victory. Her parents can’t let their daughter date an ordinary guy. Her significant other must be a talented musician with extensive experience. You need to help the BF deal with all the enemies so that the guy achieves his goals. 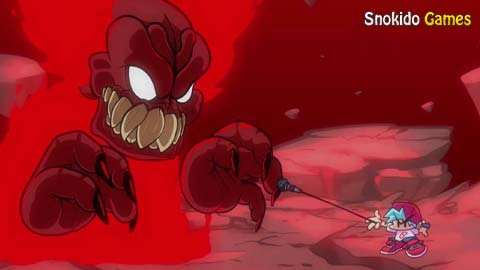