Power Hour But Everyone Sings it

You will be in the company of the most influential FNF rappers we know at the moment. Sans, Sonic.Exe, Whitty, Garcello and many others have gathered late at night at the Boyfriend’s house to take part in a musical battle. The rules here will differ from the standard ones, because you will control many heroes at the same time.

Power Hour But Everyone Sings it mod features over ten cool characters to compete in the BF bedroom. They will alternately appear and disappear, changing to the next participant. A bit unusual? You will be delighted with this version of the Friday Night Funkin game, because many of the opponents you know for a long time and, most likely, you are a fan of one of them. If you liked this FNF mod, please share it on social networks. 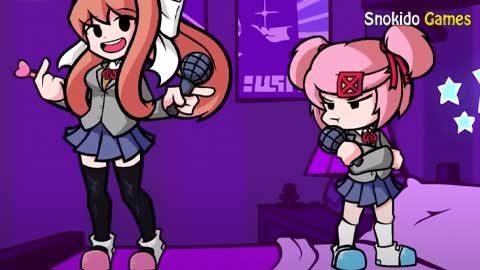